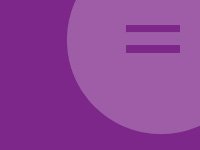 ‘Scarfed for Life’ is a hard hitting play based on the experiences of young people of discrimination and prejudice. Written by Martin Travers from the Citizens Theatre Glasgow the play tells the story of two teenage friends caught in the cross fire of polite suburban prejudice.

The workshops are a joint venture between Faith in Community Scotland Tackling Sectarianism Together Project and the Citizens Theatre Glasgow, funded by the Scottish Government. Each workshop will have scenes from the play performed by actors and after each scene a chance to discuss the key issues for you from those scenes facilitated by a Workshop Leader from the Citizens Theatre. The performance will be followed by food and a chance to meet the cast and crew and have a chat to them and each other about your workshop experience.