Engender’s staff team is responsible for the organisation’s operations. You can contact individual staff members at the email addresses listed below, or contact the Engender reception desk at info@engender.org.uk 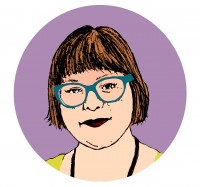 Emma is Engender’s Executive Director, leading on strategic collaboration with our colleagues in the women’s, equalities, and human rights sectors. She is also principally responsible for engagement with Scottish and UK Government, the UN, and the EU through the European Women’s Lobby. She is engaged by all things feminist, but has particular interest in women and the economy, intersectionality, violence against women, and the relationship between women’s equality and women’s human rights.

Emma sits on a range of external working groups including the First Minister's Advisory Council on Women & Girls, the joint strategic board of Equally Safe, and the advisory group of the Scottish Women’s Rights Centre. She chairs the Rape Crisis Scotland board and the board of the Human Rights Consortium Scotland, and is a member of the board of the European Women’s Lobby.

When she’s put down work for the day, Emma likes browsing bookshops, listening to politics podcasts, eating little oranges, and trying to avoid being crushed by her to-be-read pile 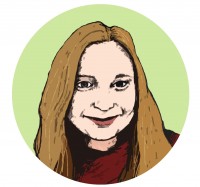 Eilidh is Engender’s Policy and Parliamentary Manager and leads our parliamentary engagements with MSP, MPs and parliamentary bodies such as committees and cross-party groups and policy work through the production of briefings and research. She currently undertakes policy work concerning women’s use of public space and the planning system, social security and financial security, women’s health and reproductive rights and the Scottish National Investment Bank and supports broader work on human rights issues.

A self-confessed elections-nerd, Eilidh has a keen interest in women’s representation in political and public institutions in addition to legal policy and law reform and international affairs. She is also a board member at the Poverty Alliance and works with colleagues across the third sector as part of consortium work on UK and Scottish social security.

Outside of work, Eilidh is constantly adding to a never-ending ‘to-read’ pile, hanging out with her cats Mango and Ginsburg (named after the lawyer not the poet of course), or cultivating new skills in pasta-making. 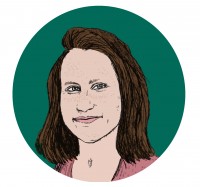 Jill is Engender's Policy Manager, and leads on our briefings and research work. Recently, Jill has been responsible for compiling and submitting both our Scotland and UK-wider report to the UN on the Convention on the Elimination of All Forms of Discrimination Against Women (CEDAW).

Jill is the Vice Chairperson of the Citizens Basic Income Network Scotland, and a member of the Scottish Women's Budget group.

When not pressing 'ctrl+F women' on briefing papers (the results are often 0), Jill likes enjoying island life with her sons and telling anyone who will listen about the gendered dimensions of public space.

Jill is currently on maternity leave. 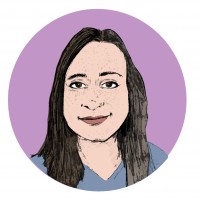 Mariah is Engender’s Policy Officer. She works within the policy team to produce research and writing for consultation responses, parliamentary briefings and advocacy materials aimed at a range of different audiences. She is currently coordinating a project focused on improving outcomes for women who have experienced or are experiencing workplace sexual harassment.

Mariah recently completed her Master’s, where her particular interests were in the social determinants of health and health inequalities. Outside of work,

Mariah enjoys getting involved in local feminist groups, going to book shops, and trying to find dogs to walk.

You can get in touch with Mariah at mariah.kelly@engender.org.uk. 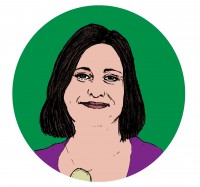 Catriona is Engender's Head of Development. She leads on exploring new areas of work for Engender with a particular focus on developing opportunities with partner organisations. She manages specific projects and development workers. She also has responsibility for a lot of the behind the scenes work for Engender including HR, finance, and governance.  Catriona has a particular interest in the rights of disabled people and carers and health inequalities.

When not at work Catriona enjoys spending time with her friends and family, walking and reading, and will never say no to a cute staffie video. 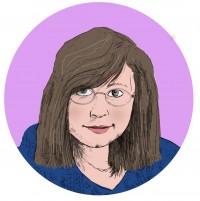 Miranda is the Development Officer for Gender Equal Media Scotland, happily embedded in the Engender team. She is spending a year mapping out research, initiatives and gender inequality in Scotland’s media content and the industry that sits behind it. The result will be a series of reports and an Options Paper detailing the potential operational models for a Scottish Women in Media Body. Miranda has a particular interest in intersectional approaches to feminist research, foregrounding the experiences of the most marginalized voices in Scotland.

Miranda gained her PhD at Lancaster University in sociolinguistics, addressing how women politicians in Scotland are constructed and self-construct on online news platforms, and young people’s perceptions of gendered political power and digitally-mediated politics. She continues to write and publish research when time permits, alongside work on race equality and the climate crisis for various charities and social justice networks.

When she’s not scrutinising the gender balance of media governance boards, Miranda can be found out and about in the wilds of the Scottish Borders or curled up with a book (and a cat) in front of the fire.

You can get in touch with Miranda at miranda.barty-taylor@engender.org.uk. 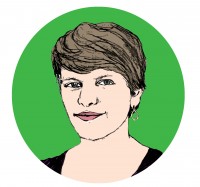 Alys is Engender’s Communications and Engagement Manager. She leads on the publications, social media and press work of the organisations, as well as working with partner organisations to further women’s equality. Particular things she is working on include Engender’s work on women’s representation in politics, public life and the media, running feminist participatory events, and hosting the On the Engender podcast.

Alys is the alternate member for Scotland on the United Kingdom Joint Committee of Women, representing the UK at the European Women's Lobby, the chair of Gender Equal Media Scotland, and secretary of the Equal Representation Coalition. In a personal capacity she is the Chair of the Women 5050 campaign, and is involved in local politics.

When she’s done smashing the patriarchy for the day, Alys likes watching dogs in the park, charity shopping, and dreaming about going on the Crystal Maze. 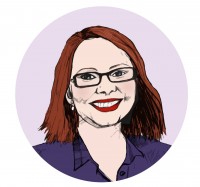 Maxine is Engender’s Communications and Administration Assistant. She works on Engender’s publications and social media, as well as membership, podcasting, events and admin support. She tweets at @EngenderScot and keeps our followers up-to-date on Facebook, and also writes our awesome weekly newsletter to Engender members, Friday Feminist Five.

Maxine is enjoying engaging with/learning more about all areas of feminism covered by Engender’s work, and is particularly interested in intersectionality, young women’s participation and tackling misogyny online. She is the Engender representative on the steering group of the Write to End Violence Against Women Awards, and helps to organise Emma Ritch’s diary.

When she’s not haunting the hallways of feminist twitter, Maxine can be usually be found questing in the wilds of Skyrim, eating pizza, or rereading her favourite graphic novels, surrounded by towers of unread books. 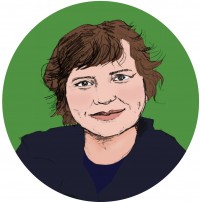 Anya is Engender’s Communications and Engagement Assistant. Anya assists with member engagement, communications systems, and press work. Particular things she is working on include the accessibility of events and communications, producing video and graphic assets, and developing sustainable systems and archives for Engender.

Outside of working for Engender, Anya is a videographer who creates films for charities such as Simon Community Scotland, and for artists such as Invisible Flock. Anya has also produced and programmed events, including co-running an audio-visual art platform, Poor Image Projects.

When finally pulled away from all things digital, Anya enjoys walking up (small) hills and visiting the sea, as well as reading, cycling and cinema. 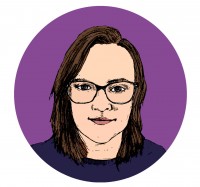 Amanda is the producer of Engender’s feminist policy podcast series, On the Engender. Her role within Engender is to oversee all elements of the podcast’s production, from facilitating the recording of interviews and roundtable discussions, to editing and packaging together episodes for regular release.

Outside the Engender office, Amanda works with the YCSA in Glasgow facilitating weekly media workshops for young BME women within her community. Amanda also currently produces a number of other audio projects including the ongoing podcast series for Scottish post rock band, Mogwai, and up until recently was the multimedia producer and co-founder of the now ceased DIY feminist organisation, TYCI.

Amanda enjoys drinking excessive amounts of coffee, and when she’s not editing podcasts, she’s catching up on her favourite ones whilst walking her dog. Aside from this, Amanda enjoys reading, cycling, hosting dinner parties, and can also regularly be found at at least one gig per week in the town.

Engender Annual Report 2014-15 This annual report sets out the work that Engender has been doing over the 2014-15 to persuade politicians, policymakers, and those with power and inﬂuence across Scotland that gender matters.

Engender Annual Report 2015-16 This annual report sets out the work that Engender has been doing over 2015-16 to persuade politicians, policymakers, and those with power and inﬂuence across Scotland that gender matters.

Engender Annual Report 2016-17 This annual report sets out the work that Engender has been doing over 2016-17 to persuade politicians, policymakers, and those with power and inﬂuence across Scotland that gender matters.