A very familiar question was raised again this week: should women-only 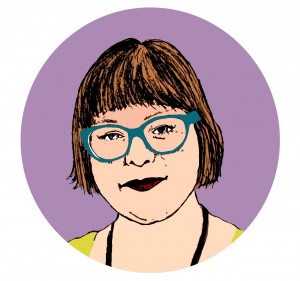 organisations, women-only services, and women-only governance and leadership be lauded as progressive or shunned as discriminatory? Several media outlets reported on the fact that Moray Women’s Aid has elected to leave the Scottish Women’s Aid network. The local women’s aid is in contravention of its network’s shared commitment to individual services being governed and staffed by women, having confirmed that is has at least one man on its board of directors, Cllr Graham Leadbitter.

“We disaffiliated ourselves because we were not prepared to discriminate blatantly,” Moray Women’s Aid’s manager, Elle Johnston, was reported as saying in the Herald. Catriona Stewart, Glasgow Women’s Aid board member and journalist, took very public aim at the policy in another piece in the Herald, describing it as “a rigid model that threatens to weaken the network and refuses to allow for evolution as society evolves.”

The notion of women-led services has been framed in much of the coverage as backwards, inflexible, and an impediment to the very equality that feminists purport to want. So is Scottish Women’s Aid’s policy discriminatory? And what is the point of women-only feminist leadership anyway?

In her piece, Stewart asks whether having men on Moray Women’s Aid has been effective: "Has it done any good, should be the test?" A paper from Moray Council suggests that the original vision for Moray Women’s Aid governance was almost as an arms-length organisation of the local authority, with two elected members as executive directors and a further three serving on the board. That plan was shelved, but unusually, Cllr Leadbitter was nominated directly by the council onto Moray’s board as it was established. According to its annual accounts, Moray Women’s Aid board was majority male or fifty-fifty between its incorporation in 2008 and 2013, which means that decision-making was possible for most of those years by an all-male quorum. While Moray Women’s Aid certainly delivered vital services during this time, its account of itself gives the impression that it lacked some of the governance that might, for example, have enabled it to meet some of the digital demands of 21st century service delivery. Its 2015 accounts plead for a “knowledgeable computer expert” to help keep its internal systems up to date, and it doesn’t have a website. Other strategic decisions made by the board run contrary to the gendered analysis in Scotland’s bold new violence against women strategy, Equally Safe. It says that it has redesigned its logo to “encapsulate a more generic outlook, while still focusing on the needs of women and children”.

But it is on the needs of women and children that the call for feminist, women-only governance and leadership rests.

The notion of participation is riding high in Scotland at the moment. Echoing the demands of the disabled people’s movement, groups clamour for a larger role in decision-making: “Nothing about us, without us.” Within feminism, our highest profile calls are for gender parity around the tables where decisions get made. We want to see a fifty/fifty parliament, and for half of the people serving on public sector boards to be women. We want those things, because the evidence suggests that where women are at the table, we change the conversation. As a group, our lived experiences inflect legislation, policy, and governance, and increase its relevance to women’s lives, and women’s equality.

We call for women to be half of decision-makers in legislatures and public bodies, because women are (just slightly more than) half of the people affected by legislation and public sector delivery. When we’re talking about services specifically targeted at women and their children, and those that specifically relate to women’s experiences as women, that shifts to a hundred per cent. Women’s Aid has never been about tea and sympathy, but current service provision is expert, evidence-based, and delivered to a set of national service standards that requires a profound understanding of gender. Women’s Aid services are delivering employability initiatives, working with children, engaging in a critical, sophisticated way with the criminal justice system, and reflecting women’s lived experience of domestic abuse to policymakers and public service providers. They do so in spaces that are women-only, to provide the women who use them with the safety and security that is a necessary foundation to rebuilding a life.

The notion that it is discriminatory to restrict governance or leadership of an organisation to the groups that an organisation works with is to miss the equality wood for the trees. An organisation designed to work exclusively on black men’s health should be led by black men, so that its work is most relevant to the needs of black men. Disabled people’s organisations should be led by disabled people. This is not to suggest that there is no place for men in work to tackle violence against women. Scotland’s women’s organisations, including both Scottish Women’s Aid and Rape Crisis Scotland, have created space for Scottish parliamentarians, and public and third sector organisations to learn from international experts including Michael P. Johnson, Evan Stark, Jackson Katz, and Joe Samalin. This transfer of knowledge and expertise, which all the listed experts acknowledge is rooted in women’s work that emerged from women-only space, has informed Scotland’s criminal justice and primary prevention responses to domestic abuse and sexual violence.

Although not all women who sit around Women’s Aid board tables will have experienced domestic abuse or other forms of violence against women –there’s a political commitment to making space for women who used the services to survive joining boards once they can - all live with the bone-deep knowledge of the systems that create a conducive context for that violence. That knowledge, which decades (even centuries) of feminist scholarship has analysed and added to, is frequently overlooked, undermined and undervalued in mainstream political and policy discussions. It is given freedom and space to breathe by Scottish Women’s Aid policy that explicitly creates women-only contexts for discussion and decision-making. The feminist governance enabled by women-only space is transformative, disruptive of the status quo, and visionary.

Feminist women’s organisations imagined those elements of equality that we enjoy today. Years of feminist research and inquiry uncovered the links between women’s inequality and women’s experience of violence. Women in Scotland brought women’s refuges into being with guts and elbow-grease, creating safety and sisterhood out of rat-infested buildings. At its very core, domestic abuse denies women the space for action that many men enjoy without noticing. Women-only spaces offer women, especially survivors, a new and emboldening freedom. Our capacity to envision a world in which gender justice exists, in which women and men enjoy equal safety, access to resources, and power is undimmed. Women’s organisations work: international evidence says that women’s rights movements and organisations are the key driver of change in advancing, sustaining, and defending women’s human rights and gender justice. That passion, rigour, and creativity is a necessity if we are to tackle violence against women, described by the UN Secretary General as the “most extreme form of the global and systemic inequality experienced by women and girls”. Women’s leadership, women’s space for action is a vital component in our struggle against men’s violence in Scotland, in the UK, around the globe.

This blog post has been amended to reflect that Catriona Stewart did not intend to put forward an argument that male board members should be appointed by women's aid groups to fill skills shortages.

Engender values women-only space. While most of our events are open to all, our membership and board are open only to those who self-identify as women.