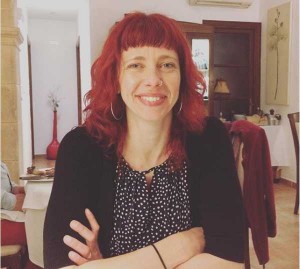 This blog is the first in a series Caroline will be writing for us, and explores some of the discourse surrounding disabled women in Scotland.

Over the last fifty years there have been many positive changes to the way that disability and disabled rights are perceived within mainstream UK politics and society. However, despite this motion to progress, there remains a huge disparity between the theoretical recognition of disability and the way that people living with disabilities are represented (or not) within popular media and culture. This is particularly true when we consider the experiences of disabled women.

As a woman living with an acquired disability, I am painfully aware of the cultural separation that exists between able-bodied and ‘dis’abled subject positions. I am also conscious of the disparity between how men and women are portrayed across all forms of contemporary media. This ‘double bind’ is accentuated by the fact that, although my expectations, ambitions and desires as a woman remain largely unchanged since becoming disabled 18 years ago, I no longer recognise myself in the majority of images or stories of female experience that I see represented in the mainstream press.

Where are the depictions of disabled mothers, lovers, workers, friends or carers? Outside the realm of Paralympic sport, where are the stories of women with disabilities actually achieving things, doing things, contributing as active members of society; or living their lives as ordinary people, capable of a myriad of emotions, opinions and experiences? Why do we continue to be represented by the same predictable stereotypes (tragic victim, bitter anti-hero or valiant “supercrip”[1] triumphing over adversity)? Where are our actual voices?

Although disabled people make up 20% of the UK population, with more women than men registered as living with a disability (52% to 48%), it seems that, as individuals, women with disabilities remain part of the visibly invisible: more ‘present’ than ever in terms of our access to public places and services, but still massively under-represented within contemporary UK media and culture.

In order to understand this a little better, it is useful to know a bit about how disability as a concept has developed over the last 150 years. Here is my interpretation of that journey.

With the advent of the industrial age, and the invention of statistics in the early nineteenth century, ideas of ‘normalcy’ and the ‘average’ citizen/worker began to emerge across Western society (Davis, 2002). With this came the development of a medical, or individual, model of disability. This model focuses on disability as a personal experience to be categorised, managed and potentially ‘fixed’ through scientific intervention. Based on “medically-orientated ‘cure or care’ agendas” (Fawcett, 2000: 17), it imposes the idea that a disabled person could either strive to overcome their disability by appearing as ‘normal’ as possible (e.g. by wearing callipers, artificial limbs, hearing aids and/or using other such medical devices), or accept their position as an object of fear, pity and ridicule, with little or no access to ‘ordinary’ society (Jeffreys, 2002, Garland-Thomson, 2002).

Throughout the late twentieth century, thanks to the rise of disability activism and the emerging concept of disability rights, key players such as the Union of Physically Impaired Against Segregation (1976) and disability theorists Oliver (1990), Finkelstein (1993) and Barnes (1990) developed what has come to be known as the social model of disability.

In opposition to the medical (or individual) model, this model is based on the idea of disability as a social/environmental construct and a form of social oppression, rather than an individual impairment. Seeking to unify the concept of disability in order to push for collective action, leading to greater social and political equality, this model successfully resulted in the implementation of government policies such as the US Americans with Disabilities Act in 1990 and the UK Disability Discrimination Act in 1995. This legislation has vastly improved disabled people’s access to work, transport, leisure and political representation across the Western world, and has created greater visibility, participation and awareness of disability within wider society.

However, there are many who are also critical of the social model as advocated by Oliver, Barnes et al, for its failure to recognise the diversity of disabled lived experience (French, 1993, Crow, 1996, Wendell, 1996); the importance of other co-existing elements that might affect a disabled person’s life, including their gender, race age, class, religion, geographical location and/or sexuality (Morris, 1991, Begum, 1992, Abu-Habib, 1997, Vernon, 1998); and the significance of culture, language and media representation on how societies continue to shape and impose certain attitudes and assumptions of disability and disabled people (Shakespeare, 1994, Garland-Thomson, R, 2002, Mitchell and Synder, 2006, Ellis, 2015). These failures have led to the development of a “cultural model of disability”, as advocated by critical theorists Mitchell and Synder in their 2006 Cultural Locations of Disability. This new model (much like Shakespeare’s “interactional approach”[2]) seeks to “incorporate both the outer and inner reaches of culture and experience as a combination of profoundly social and biological forces” (2006: 7), thereby recognising the significance of individual, intersectional and real lived experiences of impairment, alongside an understanding of the influence that cultural stereotypes, historical precedents and popular media play in shaping (or denying) how disability is perceived within society. It is this third model, or way of thinking which is of particular interest to me, and which I will be (predominantly) focusing on in my future blogs.

CROW, L (1996) Including All of Our Lives, Exploring the Divide: Illness, ed. by Barnes, C and Mercer, G, Disability Press, Leeds