The Scotland Bill or How Not To Do Devolution 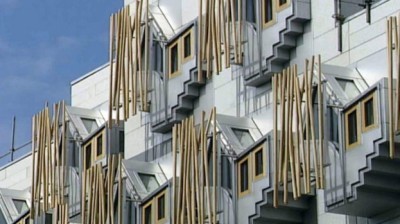 The sunny and warm weather may have arrived in Scotland this week, but there is a definite chill emanating from Westminster. After a wide-ranging and imaginative national discussion on Scotland's constitutional future, the hastiness of the Smith Commission process has accelerated to warp speed as the Scotland Bill whizzes through its required stages en route to the statute book.

A gallimaufry like the Scotland Bill, which includes so many disparate and technical elements, can only be enhanced by the kind of scrutiny that it is guaranteed not to receive. So what five things do you need to know about the Bill?

1. There was no pre-legislation scrutiny

Both the UK Government and the Scottish Government generally consult before they legislate. This can be very formal, in the form of green and white papers, or through other, more participatory, means. Civil society frequently discusses potential legislation with governments, and feeds in thoughts in meetings, at events, and through briefings and research.

Apart from the Smith Commission process itself (into which Engender fed our calls for a maximalist approach to devolution of social security and equalities law and regulation), and the publication of the draft clauses, which there was not an open consultation around, there has been no such scrutiny. This has meant that few changes have been made to the draft clauses that cover social security, equalities, and other issues of particular interest to Engender, and there has been no opportunity to hear discussion about the technical details of those clauses.

This also means that MPs have no opportunity to hear from their constitutents on matters that might be of particular concern to them.

2. There is a very short timetable for the Bill

From a standstill start, the Bill is now at Committee Stage, and is being scrutinised by a Committee of the Whole House. This means that four days of parliamentary time has been set aside for line-by-line debates on the bill.

This is an unwieldy way of considering such a complex piece of legislation, and means that organisations like Engender cannot work with committee members on the technical detail of the Bill.

The Smith Commission was a political compromise, and not the considered conclusion at the end of a long, participatory process to find the most sensible division of responsibility between Westminster and Holyrood.

This makes it even more important that the Scotland Bill process carefully considers the cumulative impact of changes to the devolution settlement on all of Scotland's people, but particularly on groups that are protected because they are already disadvantaged. This includes women.

In fact, as the Devolution Committee of the Scottish Parliament has pointed out in its excellent scrutiny of the UK Government's proposals, there remains a substantial degree of incoherence. A very helpful table compares the Smith Commission recommendations to the draft clauses and the clauses in the Scotland Bill.

3. We have concerns about equalities legislation and regulation

A guddly process has led to a Bill with substantial weaknesses. Our principal concern is clause 32, which covers the devolution of equalities legislation and regulation.

We do not think that clause 32, as drafted, delivers the Smith Commission recommendation that “The [equalities] powers of the Scottish Parliament will include, but not be limited to, the introduction of gender quotas in respect of public bodies in Scotland.”

Not only does it not seem to provide for the introduction of gender quotas, but it is unclear what powers it does transfer.

We are proposing that the Scottish Parliament be able to legislate around equalities in respect of public bodies. This seems to meet the sense of the “not be limited to” element of the Smith recommendation.

4. We have concerns about employability and social security

The clauses in the Bill relating to employability, social security, and welfare appear to Engender to be too narrowly drawn, and will therefore constrain the Scottish Parliament and Government’s ability to design employability programmes, and individual benefits.

5. We will work with other civil society organisations to influence where we can

Although the process is unfolding very rapidly, Engender is working as closely as possible with other equalities organisations and those working around social security and poverty to influence where we can.

Really helpful summary, thank you! So much of this crosses over into issues of critical importance for women and children experiencing domestic abuse, but the opportunities for preventing the car crash seem so limited!