5 things you should know about the Fairer Scotland Action Plan 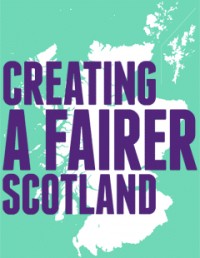 The long-awaited Scottish Government Fairer Scotland Action Plan was launched yesterday, following extensive engagement with the public in 2015. It commits to fulfil 50 ‘Fairness Actions’ by the end of this parliament, across 5 thematic ‘ambitions’. Here are 5 points of our own.

There are 50 actions in the 100 page document. Some of them are clear-cut and targeted towards a particular outcome, like the Domestic Abuse Bill (#25) and the Scottish Baby Box (#27). Along with many others, these have been announced previously, with much of the document repackaging a slate of commitments from the SNP manifesto for Holyrood 2016. In this sense, given the time that has elapsed since the initial exercise, much of Fairer Scotland simply (and helpfully) draws together Scottish Government policy related to social justice in one place.

Other of the 50 ‘actions’ are somewhat broader and less outcome-focused, such as “We will do more to help people to have a say in their local areas” (#7) and (#9) on reforming public services to put dignity and respect at their core.

There are a number of things to welcome within the new action plan. Amongst new, or rebadged, announcements a handful stick out for the gender equality fans amongst us. The ‘research action’, to publish a Gender Index for Scotland in Spring 2017 will be a useful tool to analyse progress on gender and the economy across different parts of Scotland. The Flexible Working Index for Scotland (#43) will provide a welcome focus on the need to increase flexibility in the workplace, and the Equality Evidence Strategy, a ‘research action’ which was recommended by EHRC Scotland in Is Scotland Fairer?, will include intersectional analysis.

Clarity on timescale with regards to some pre-existing commitments is also welcome, such as the socioeconomic duty on public bodies (#1). So too is the progress report on Shifting the Curve – a set of recommendations from Scotland’s independent advisor on poverty and inequality – contained at Annex B.

(Side note on the Shifting the Curve progress report: the ‘Returners’ project to support women back into the workplace after a career break, including by rebuilding their confidence - for us, this doesn’t count as substantive action to tackle occupational segregation.) 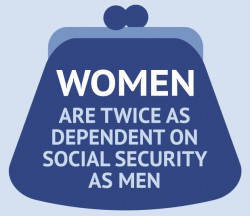 Hold The Phone: gender is frustratingly missing from some key policy areas. Foremost amongst these for Engender at present are the actions on social security, where we have been working very hard to highlight women’s inequality at the heart of the system. Regular readers will be aware that Scotland has an opportunity to reverse the UK’s harmful policy of paying Universal Credit to one member of a couple only. This undermines women’s financial independence and safety. The Fairer Scotland document confirms that the Scottish Government jury is still out on this (#17). We need to demonstrate as much support as possible for split payments of Universal Credit and are encouraging women across Scotland to respond to the current Scottish Government consultation on social security. You can follow our step-by-step guide to do so, and read more about the issues here.

The entire section on child poverty, which is inextricable from women’s poverty, is also gender-blind (see our recent consultation response on the Child Poverty Bill), whilst action to address bullying in schools (#34) rightly identifies homophobia, biphobia and transphobia as major issues, but overlooks the pervasive sexism experienced by girls and young women. The thematic section on Fairer Working Lives, sandwiched between those on young and older people, focusses exclusively on paid work, writing out the unpaid care work that is worth an estimated £10.8 billion to Scotland’s economy. Actions relating to carers are covered elsewhere.

A recurring theme of the report is respect and dignity. Many participants in the Fairer Scotland consultation highlighted these issues, particularly in terms of the lack of respect and dignity throughout the current social security system and public services more broadly. There has already been a commitment to embed the principles of dignity and respect in new social security policy and programmes, and this report commits to expanding that throughout all public services.

In practice, however, we need more detail on how this will be achieved for women. Single payments of Universal Credit, for instance, will not uphold women’s dignity and respect.

Similarly, whilst the increase in Carer’s Allowance to the same level as JSA is a welcome step forward, the new sum of £73.10 per week does not begin to reflect carers’ contribution to Scotland’s economy and society, and should not be cited as an example of achieving dignity and respect (as claimed at Annex B).

There’s lots of good stuff in this action plan, and commitments to chart progress with a mid-term systematic review and Citizen’s Assembly will help to keep it all ticking along. Successful delivery will hinge on a range of factors, however, two of which are resourcing and policy coherence. There must be adequate resources allocated to those responsible for delivering non-costed actions, or else much of this action plan will remain a statement of good intent.

Secondly, actions must be linked up or they will serve to undermine one another, including many of those that relate to women’s equality. For instance, the new advisory council on women and girls will focus on tackling occupational segregation, so the Developing the Young Workforce programme must include strong related actions. Similarly, a focus on maximising family incomes as the key route to reducing child poverty overlooks women’s access to income as a core part of the equation. Increased capacity to properly mainstream gender throughout this action plan is much needed.