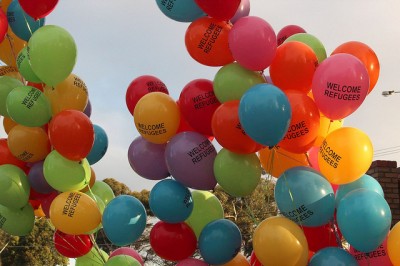 In June 2014 Engender, Umoja Inc and the Refugee Women’s Strategy Group (RWSG) held an event as part of Refugee Week in Glasgow. The aim of this event was to come together to celebrate refugee women in Scotland and launch two pieces of work that seek to capture the experience of asylum seeking women: the RWSG’s Speak for Yourself report and Engender’s briefing paper on gender and the asylum system.

Speak for Yourself is the product of 100 interviews with asylum seeking women. It identifies some of the critical issues that asylum seeking women face, including access to work, education, housing, and health. Women also spoke about the challenge of the asylum process itself.

The asylum process, and its failure to understand the patriarchal context within women's countries of origin is the focus of Engender's paper, An abuse of power: African women's experience of the asylum process in Scotland. It brings together work that we did with Umoja Inc, a network of African single mothers seeking asylum in Scotland, and identifies a misunderstanding of the patriarchal context in women's countries of origins as a critical failure on the part of the UK Border Agency and other UK and Scottish agencies.

We hope the paper strengthens calls for change being made by the Refugee Women's Strategy Group and the Scottish Refugee Council.

This post is illustrated by a photograph by Takver, used by permission under the terms of a Creative Commons license.