Making women safer in Scotland: the case for a standalone misogyny offence 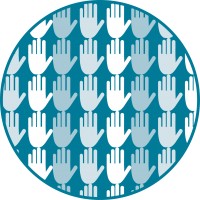 Today Engender has released a report calling for misogyny to be considered as a criminal offence in Scotland in order to challenge the epidemic of harassment and abuse facing women and girls.

The Scottish Government is currently reviewing the law around hate crime in Scotland, and is deciding between introducing a ‘gender hostility’ aggravation - adding gender or sex to the list of characteristics already covered by hate crime legislation- and the creation of a standalone offence. Our report shows that a ‘gender hostility’ aggravation will not solve the problem of misogyny, and may in fact undermine existing policy designed to tackle domestic abuse and other forms of violence against women.

For example, a gender aggravation might be applied to one incidence of domestic abuse, but not another, meaning that one would be treated more seriously by the court. This is inconsistent with feminist analysis, echoed in Equally Safe, Scotland’s violence against women strategy, which says that gender inequality is inextricably linked with violence.

We urge the Scottish Government to continue to fulfil its commitments to women’s equality and rights by pursuing a participatory process to develop and standalone criminal offence of misogyny. This would takes into account the reality of women’s lives in Scotland, and draw on international expertise. 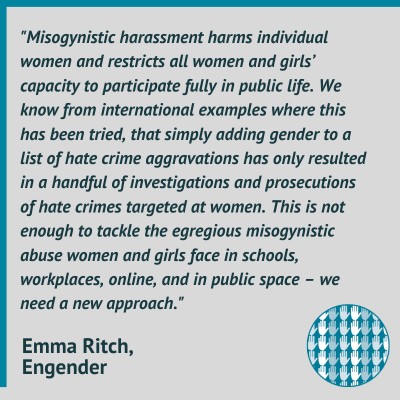 “Misogynistic harassment harms individual women and restricts all women and girls’ capacity to participate fully in public life. We know from international examples where this has been tried, that simply adding gender to a list of hate crime aggravations has only resulted in a handful of investigations and prosecutions of hate crimes targeted at women. This is not enough to tackle the egregious misogynistic abuse women and girls face in schools, workplaces, online, and in public space – we need a new approach.”

Our report also calls for more, and better, data to be captured about misogyny in Scotland, with Emma saying:

"While we all know, from personally experiencing or witnessing it, that misogyny is rife in Scotland – both in terms of women being targeted because they are women, and the pervasive misogyny restricts the opportunities of all women. We need better reporting practices to ensure that this misogyny is reflected in the data we gather, so that we can work towards a solution which will eradicate anti-woman hatred in Scotland.” 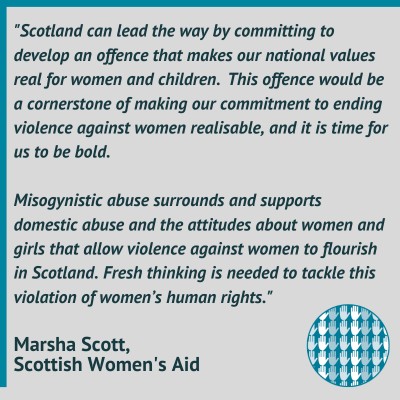 “Misogyny is at the heart of so many harms to women and children, and has no place in Scotland.  We hear widespread condemnation of misogynistic behaviours and little or no effective action.

“Scotland can lead the way by committing to develop an offence that makes our national values real for women and children.  This offence would be a cornerstone of making our commitment to ending violence against women realisable, and it is time for us to be bold.

“Misogynistic abuse surrounds and supports domestic abuse and the attitudes about women and girls that allow violence against women to flourish in Scotland. Fresh thinking is needed to tackle this violation of women’s human rights. We are ready, along with women’s sector experts in our sister organisations, to work with officials for a serious exploration of a new offence, what it could mean, and how it would work.”

A spokeswoman for Zero Tolerance said: 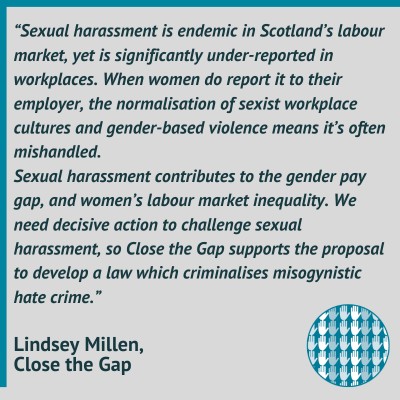 “Close the Gap welcomes Engender’s report on gendered hate crime and harassment. Sexual harassment is endemic in Scotland’s labour market, yet is significantly under-reported in workplaces. When women do report it to their employer, the normalisation of sexist workplace cultures and gender-based violence means it’s often mishandled. Sexual harassment contributes to the gender pay gap, and women’s labour market inequality. We need decisive action to challenge sexual harassment, so Close the Gap supports the proposal to develop a law which criminalises misogynistic hate crime.”

“Rape Crisis Scotland supports the development of misogynistic harassment as a hate crime.

We believe that it has the potential to improve protection and safety for women in Scotland.”