Just when you think things are about to change the old creeping hand of tradition and misogyny comes and awakens you to the realities of women just not being good enough. 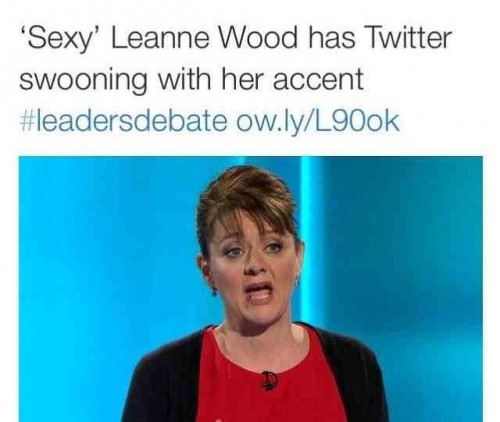 Political organizing in the Welsh valleys is still undoubtedly filled with the romantic traditions of the good old days when everyone was a member of the Labour Party and would sing ‘The Red Flag’ together in chorus. Everyone was a trade union member and the old valley's accent would ring out as a political force. The epithet of Welsh politics being dominated by the Nye Bevan wannabee. The white, welsh, male, working class socialist. A space where I have tried to battle to get my voice heard or to even form a political identity as a woman.

When politics is dominated by whiter shades of mediocrity, it becomes almost a dream to hark back to the days when there was ideological difference within parliamentary politics. I even find myself doing it. Fetishizing the good old days of a politics influenced by un-apologetic angry leftist ideology. The spirit of 45. The spirit of socialism. But this dynamic died; and it probably died for a reason. To be blunt, it’s losing relevance. It’s not losing relevance because the left has died, or because socialism doesn’t have a place anymore, but because the praxis of the left continually fails to look beyond its Marxist class based cultural roots. Where feminism and other liberation politics are subordinate to the real problem, class.

This can change - and this change will come through people like Leanne Wood, Natalie Bennett and Nicola Sturgeon becoming figures of inspiration for political women. To see women in positions of power and using this power by being vocal in challenging traditional misogynistic attitudes that are culturally engrained in the politics of the British state is incredibly inspiring. Seeing Leanne, a fellow working class Welsh woman at the fore of conversations on social justice is incredibly powerful in undermining the old dogmas of the leftist organizing I grew up around. She has become an inspiration to me. This I imagine is true of many people growing up in Scotland looking at Nicola Sturgeon, Kezia Dugdale and others.

Yet as soon as this general election campaign kicked off we saw the misogynistic backlash. Instantly Twitter was filled with comments about Leanne’s voice, her being ‘the most attractive’, and how her attractiveness would make her more electable. The cute Welsh woman, adorned with attention by virtue of her aesthetic and ‘sexy voice’. This is not a stand alone event, only weeks before was Nicola Sturgeon photoshopped half naked swinging from the famed Miley Cyrus wrecking ball. Women in power are pushed back into the image of their worth depending on being sexualized and titillating for men. Once again it becomes reinforced that women within the public sphere are judged completely differently to men. Having to balance along the age-old tightrope of gender performance. Are they too masculine, the Thatcher type figure? Are they too feminine and therefore not taken seriously, the Sarah Palin figure?

It’s no wonder then that women are still uncomfortable with entering politics. Women are told that their identity should be to play out this construction of being feminine, caring and loving; yet traditionally British politics has dominated by the opposite. It has been dominated by the performance of the masculine. Just think of the aggression rife during prime minister's question time, saturated with jeers, public insult throwing and the paper waving rumbles of Etonian accents. We need to have a conversations about how we 'do politics' in the UK.

Campaigns, such as Women 50:50, are trying to challenge how politics is done - arguing that irrelevance shouldn’t be the commonplace view of parliament. “They’re all the same!” “They don’t represent me!” - these views should be a thing of the past. We should no longer subject ourselves to voting for parties that aren’t representative of the society we live in. Not only is it undemocratic to have an unrepresentative minority making decisions on behalf of everyone else but it's also unjust.

This election campaign will no doubt be filled with misogyny. Nearly every election campaign is. But if we encourage people to challenge the gendered abuses that are being thrown at the women during the debates and to call out when women are treated differently to the ever homogenous cis male, let's call him Nigel Cumberband, then we will create a space that people won’t be able to ignore. Imagine instead of Twitter being full of sexist comments towards Leanne Wood we created a Twitter thread full of people calling others out on their sexism? Imagine that other women on twitter realize they have support from other tweeters in calling out misogyny. Imagine inspiring a young woman to overcome the comments and abuses thrown at her. We are by no means going to overthrow sexism towards women in politics (wow, if only we could!). But we can play a small part in the next couple of months in shifting the focus of discussion from traditional attitudes towards a type of politics we want to see, a pre-figurative politics.

This blog is part of a series that Engender have commissioned looking at sexism in the run up to the general election - we have approached all political parties in Scotland to contribute as well as other relevant groups.