Guest post: Reflections on the Intersection Between Race and Gender in Public Life

Briana Pegado is the Founder and Director of the Edinburgh Student Arts Festival. During Black History Month she appeared on a panel to discuss the film Confirmation, which tells the story of Anita Hill's testimony against Supreme Court Nominee Clarence Thomas.

Here, she reflects on the themes raised by the film. 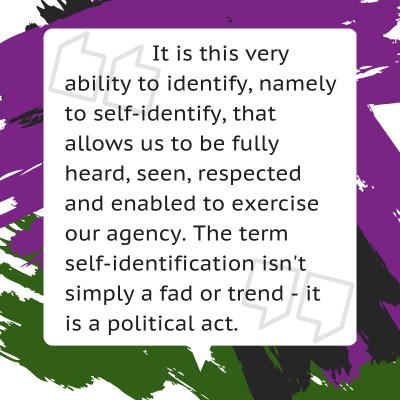 Confirmation. There is confirmation that the way women of colour and the way white women are perceived in the media is different. This perception is coloured, coloured with a lens. The lens of patriarchy, racism, ageism, classism, ableism, homophobia, transphobia, biphobia, xenophobia, sizeism, privilege, and beauty norms (among others) that are dictated by centuries of straight, white, middle class, non-disabled, middle-aged men who have run the advertising agencies, beauty industry, food industry and dominated our politics, judicial systems, private sectors, public sectors, and not-for-profit sectors in the United States since the Constitution was signed on the 17 September 1787 at Independence Hall in Philadelphia, Pennsylvania.

We can have a discussion about nature vs. nurture, but it is more pertinent to focus on how our social conditioning impacts our perception of other people. Whether or not this is also in our nature or not is irrelevant for this argument. There are a number of academic studies and a wealth of research that substantiates claims that biases which lead to prejudice are in fact a result of attitudes from an individual’s environment, but more importantly have a direct impact on the brain. Take Bradley B.D., Wei K.Y., Cloutier J., and Kubota J.T.’s study The social neuroscience of race-based and status-based prejudice. Namely that ‘Race-based differences in amygdala response sometimes correlate with implicit (but not explicit) measures of racial bias’.

All of these factors impact on how we perceive people and how we perceive people in relation to other people. So coming from more than one of the groups listed above creates an even more complicated perception of others, based on our understanding of people that come from different backgrounds, minority groups, and less represented groups. What I am getting at here is that intersectionality has a massive impact on how people are viewed, represented, treated, and perceived. ‘Intersectionality’ has become a buzz word in the last half a decade within feminist discourse, identity politics, and modern mass millennial media. Not because it is another fad nor a piece of jargon but because it has signalled and created a sea change in how we understand ourselves as a human species. In the past, it seems that often the narrative has been too basic around how individuals from minority groups, or any group, experience their lives from a plethora of backgrounds.

But one is not just simply a woman; one is a woman with many other characteristics that may put her at more risk of prejudice or subject her to more barriers than another woman. A man too, depending on how they identify, may experience a number of prejudices and barriers that are unseen. This multiplicity and complexity of experience means we do not simply identify as one thing in one category. The acknowledgement that our experience is varied and that many characteristics impact how we identify ourselves in this world as well as the barriers, prejudices, and biases we are impacted by is what intersectionality is, and why it is so important. It is also fundamental that we acknowledge that we cannot identify these multiple characteristics on behalf of people or groups because many of them are unseen. That is why we shift that power to the individual or group in which they ‘self-identify’ as belonging to a specific group.

For many unfamiliar with this new language, they may feel it is simply semantics, or language that is too precious or is too complicated; however, holding these very beliefs can be a luxury in itself. Where the individuals with these beliefs have never desired, needed, or had to identify with a specific group based on their characteristics. By nature of being alive and being human we all often identify with a group, culture, or category. It is this very ability to identify, namely to self-identify, that allows us to be fully heard, seen, respected and enabled to exercise our agency. Self-identification isn't simply a fad or trend - it is a political act. 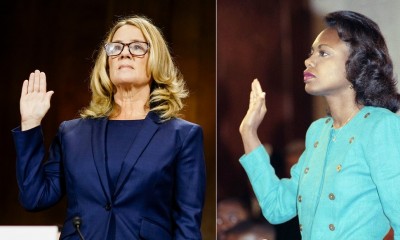 Now back to the concept of confirmation. A film starring Wendell Pierce and Kerry Washington detailing the Anita Hill case in which Anita Hill came forward to testify against Supreme Court nominee Judge Clarence Thomas in 1991 for claims of sexual harassment was released in 2016 by director Rick Famuyiwa. The film outlines the trial in gross detail and the politics behind the entire trial. A question that emerges during the film is around racism - could Anita Hill be racist? Supreme Court nominee Judge Clarence Thomas likens his treatment by the Senate Judiciary Committee (the committee holding the trial) to a public lynching. Conjuring up images of the vile and brutal ways in which African Americans were murdered by white people throughout history in the United States but particularly during times of slavery that pre-date the civil rights movement when lynchings were common place. As a woman and an African American, Anita Hill is stuck in double jeopardy. She too is a black person and though the film briefly explores the notion that racism was not her motivator, the American public at the time along with senate judiciary committee did not seem able to accept this point. There was a complete lack of nuance and disregard for any intersectionality in the assessment, handling, and understanding of this case because our understanding of race and gender, along with how they intersect, was not as developed in the early 1990s.

Now, if we compare Anita Hill’s case to Dr Blasey Ford’s recent trial testifying against Supreme Court nominee Brett Kavanaugh on accusations of sexual assault, we can almost capture two moments in time - one in 1991 and the other 27 years later in 2018. Both women professionals, both women testifying against men of their race, and both women assaulted in the Washington DC area who testified against men being considered for the same position of judge on the highest court of these United States. For many the media coverage of the Kavanaugh case brought up the Anita Hill trial, but for many millennials Anita Hill had practically been erased from history, unheard of and unknown.

The global presence of Dr Blasey Ford’s case, the media attention it received, the support as well as the threats Dr Ford received all signal a more modern, intersectional, and nuanced approach to the issues of the day. It is hard to compare these two women side by side because they both represent different groups and a different era for the public narrative around violence against women, women’s rights, and women’s liberation. But the very fact that many people knew nothing about the Anita Hill case until it was being mentioned alongside that of Dr Blasey Ford may suggest that Anita’s race may have something to do with the way her trial was remembered. That like many women of colour their role and their place in history has been nothing but forgotten.