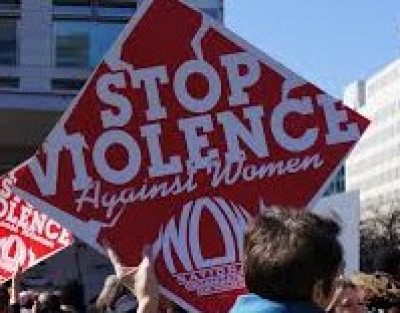 In the run-up to our event on 'gender equality, the referendum and beyond', we'll be publishing a weekly blog to correspond with our 'Scotland's futures' briefing papers series.This week, guest blogger Marsha Scott considers implications in terms of violence against women.

Violence against women (VAW) is one of the feminist “Big 3”, alongside women’s poverty and women’s power deficit in public life. The policy context for VAW is perhaps the most devolved, the most significant exception being the no-recourse-to-public-funds rule, which prohibits provision of public assistance for women with uncertain immigration status. It is hard to imagine a post-referendum government in London in the near future that will either change this rule or allow Scotland to make its own rules about eligibility for public benefit. Scottish administrations have demonstrated some political interest in redressing the no-recourse problem in the face of constraints under the Scotland Act, and one could argue that attitudes toward immigrants and immigration policy are likely to support an improved prospect should Scotland vote yes in the referendum.

For the most part, however, VAW policy and practice remain within the gift of the Scottish Parliament and government. As a result, VAW policy has taken a distinctly Scottish path since devolution. Starting with the Labour government’s 1998 Scottish Partnership on Domestic Violence—a multi-agency partnership created in the early days of the first post-devolution Scottish Parliament—and its Strategy to Address Violence Against Women published in 2000, VAW policy has benefitted from a mature and for the most part politically sophisticated feminist analysis from both within and outwith government. As a result Scottish feminists in the VAW sector were proud in 2000 to be the first in Western Europe to have a gendered national definition that positioned VAW as, to use Liz Kelly’s now widely used phrase, “cause and consequence of women’s inequality” and referenced UN human rights language.

Policy and funding since the 2000 strategy have focused on improving the criminal justice response and expanding (and, since the recession, protecting) service provision for victims. Prevention? Ending, eradicating or stopping VAW? Not so much.

A Scotland without VAW will have addressed the feeder system for VAW: women’s poverty and their lack of power. Yes, we’re back to the Big 3. There is no single policy trajectory for VAW, at least not for those with systemic and sustained change in mind: “Women experiencing violence (and the men who perpetrate it) have always understood its intimate relationship to women’s access to resources and the connection between income disparity and power. . . . The social and political power to sanction men’s violence and to remove the boundaries around women’s spaces for action remains firmly in men’s hands.”

Political will, policy savvy, and gender competence will be needed in generous doses. The new strategy published by the Scottish Government offers some promising indications that the policy direction is shifting to system change and a real prevention strategy, and history suggests that Scottish feminist economists and VAW advocates can inject the necessary gender competence.

It is easy to argue that significant improvement in identification, improved criminal justice response, and appropriate support for those experiencing any of the many aspects of VAW is already in the gift of any Scottish government. The progress over the last 15 years proves the case. And, as Nicolas Bruun, from the UN’s CEDAW Committee remarked in his visit to Scotland last year, nothing is stopping the current or future Scottish governments from adopting the provisions of the Council of Europe’s Convention on Preventing and Combating Violence against Women and Domestic Violence (Istanbul Convention).[1]

Could a Scottish government with sufficient will, savvy, and competence and its current set of powers deliver a Scotland free of the endemic violence that pervades women’s lives? Or those promised after a No vote?

Recent discussions about a constitutional protection, the right to a life free from VAW enshrined in a Scottish constitution, suggest that some feminists are thinking about the big picture in a post-Yes vote world. What protections that offers are beyond my legal expertise, but some indications are suggested by Merris Amos in her May 2014 blog post. In any case, a good beginning would be incorporating CEDAW, ICESCR, Istanbul and other international instruments into Scottish law. Tomorrow would be a good time to start.

[1] The Istanbul Convention has been signed by the UK but not ratified.

Dr Marsha Scott is the UK expert on the European Women's Lobby European Observatory on Violence Against Women.