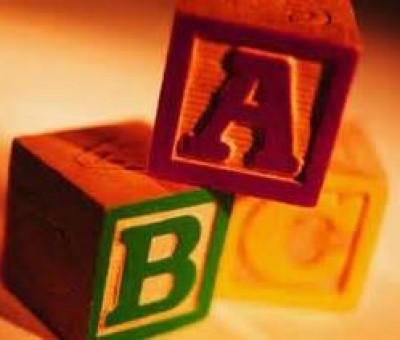 The 18th of September is fast approaching and the two main campaigns are stepping up their efforts to try and shore up their own vote whilst appealing to the undecided. One particular group that has been catching the attention of both the psephologists and the campaigns alike is women. Still more likely to be undecided, the women of Scotland have become a key group of voters that may yet hold the key to the result we wake up to (or stay up for) on the 19th of September. The Scottish Government has been accused by its opponents of trying to lure women into voting Yes with policy ‘bribes’ such as extended childcare and alleged ‘token gestures’ like bringing more women, namely Shona Robison and Angela Constance, into the cabinet. However, advocates of Yes argue that Scotland can become a more gender equal place after independence through measures such as ‘transformational’ childcare. However, little is known about what voters think about these issues.

So, what do people in Scotland think about gender equality and childcare? Using recent data from the Risk and Constitutional Change Survey designed by Ailsa Henderson (Edinburgh), Liam Delaney (Stirling) and Robert Lineira (Edinburgh) it is possible to get a better insight into how the Scottish public assess different constitutional scenarios with regards to how well it could promote gender equality and improve childcare provision.

The graph below shows how men, women and the public as a whole assess the potential of the UK to become more or less gender equal. For a sizeable majority, the UK is the status quo option with 63% believing that equality between men and women would stay the same if Scotland remains in the UK. When broken down by gender a gap does appear: 58% of women compared to 69% of men think equality between men and women will stay the same. Women are also more likely to be unsure: 20% compared to 8% of men answered ‘don’t know’. Whilst there does seem to be some belief that the UK is a vote for the status quo with regards to gender relations, there is little belief that the UK will bring about change either for the better or for the worse.

Figure 1: Equality between men and women if Scotland stays in the UK (N=855)

Childcare provision has been a salient policy issue during the referendum campaign and the subject of heated debate. In terms of public opinion, just over half (52%) of all survey respondents feel that childcare provision will stay the same if Scotland stays in the UK, with women (47%) less likely to believe that it would stay the same compared to men (58%). When it comes to whether childcare will get either better or worse, less than 15% of all the groups measured hold either of those opinions. Once again, women are more likely to be uncertain (24%) than men (14%). Overall, there is limited belief in the UK’s capacity to improve things, but there is a sense that the UK does represent the status quo option.

Figure 3: Provision of childcare if Scotland stays in the UK (N=822)

On whether independence can improve childcare provision, once again there are a higher proportion of respondents who think it will: 29% of all the measured groups (once rounding to the nearest whole number takes place) believe that independence will improve childcare in Scotland. However, a higher proportion (21%) believes that provision will get worse under independence, a more polarised picture compared with the staying in the UK. Independence, unlike the UK, is more likely to bring opinion down on either ‘better’ or ‘worse’, a logical position given that staying in the UK is indeed the reference point. Like the previous graph, men are more inclined to think things will stay as they are (indeed, this gap is only 2% larger for independence but looks larger because of the smaller scale on the horizontal axis) and the proportion of women being unsure is once again 10% higher.

Analysis of female voters by ScotCen has consistently shown that women are more sceptical of independence. Furthermore, their analysis has shown that, when it comes to policy priorities, such as the economy or pensions, there is little difference between men and women. The analysis in this short piece is limited in that it has not explored the relationships between different issues and policy areas and assessed their relative significance compared to gender equality and childcare. However, further work on this area is anticipated in the coming months.

Nevertheless, the findings here suggest that the Scottish public are fairly positive about the potential of an independent Scotland to be more gender equal and deliver better childcare provision. More importantly, there is a belief that Scotland as an independent country could better serve these ends than if it remained in the UK. However, and similar to previous research I have been involved in, independence does polarise opinion in that, in the case of childcare provision, the proportion of both ‘better’ and ‘worse’ increase together, with the UK remaining the more ‘neutral’ option. Also, the evidence presented above clearly shows that women are still more uncertain than men about these issues. This chimes in with the plethora of opinion polls which consistently tell us the same thing. Overall, these findings will be largely positive for Yes Scotland in that people in Scotland appear to trust in the capacity of an independent Scotland to deliver better outcomes than it presently can within the context of the UK. However, with the economy still the dominant driving force behind the decision-making process for voters, it remains to be seen whether or not these assessments have any bearing on the vote on the 18th of September.

Craig McAngus is a Research Fellow at the University of Stirling. He is currently working on a branch of the ESRC’s Future of the UK and Scotland project which looks at whether Scotland can becoming a more gender equal society.