As we approach the UK General Election on the 12th of December 2019, Engender is concerned that significant uncertainties with respect to women’s futures remain. Despite the fact that this election has been nicknamed “the Brexit election” we have not heard any proposals or commitments from any party which centre women within their vision for the future. This is highly concerning given that EU-membership has been instrumental in progressing women’s equality in the UK, driving the expansion of gender mainstreaming into UK and Scottish policy, and ensuring minimum legal protections for women’s rights and equality, particularly in the workplace.

So we have identified seven key areas which are vital for women's equality, and which should feature in this election: 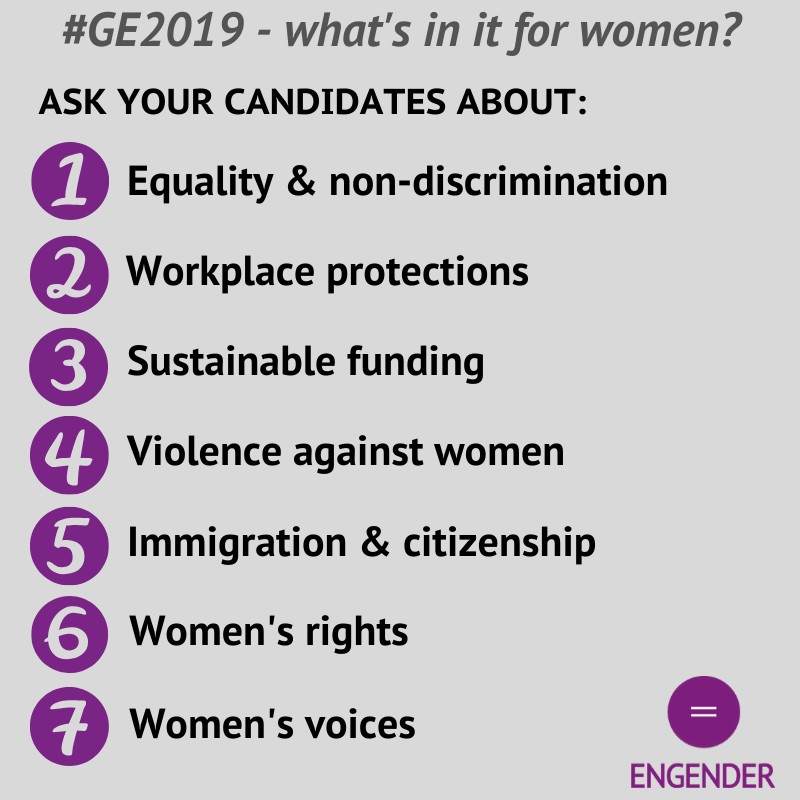 Read more about why these seven areas are so vital for women here.

While we are focused on Brexit in these asks for these reasons, we are also acutely aware that the discussions around Brexit are restricting the space for MPs to debate the vital policy issues that affect women daily. Action on Universal Credit, the two-child limit; access to the justice system; measures to tackle violence against women; the environment and equal representation must not be forgotten.

We would encourage you to raise issues impacting on women's equality at every opportunity when engaging with candidates in this election.