Women's representation in politics is incredibly important. Only 33.9% of Scottish MPs elected in the last Westminster General Election were women. In the run up to the 2017 General Election on June 8, we'll be hosting a series of blogs from women involved in political campaigning. Today's blog is from Lorna Slater, an engineer and candidate for the Scottish Green Party in the Edinburgh North and Leith constituency.

You need to see it to be it 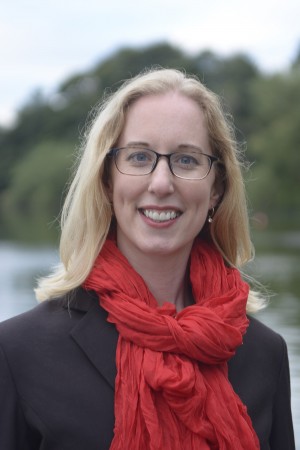 One of my colleagues was once asked how we’ll know when we’ve achieved gender equality in engineering. Her answer was “When we start getting mediocre women coming through the system.” No woman ends up in engineering by accident; every single one of them had to get herself there, against the sometimes visible, sometimes invisible, forces that were set against her doing that. Every single one of them is exceptional.

It is the same in politics.What are those forces that she is fighting against? Lack of role models is one. Unless one’s relatives or friends’ parents are in engineering or politics, is it unlikely that a young person will consider this as a profession. Given the current state of things it is unlikely, that even if a child is lucky enough to have such influences in their lives that the engineer or politician in question will be a woman.

This is aggravated by the way we segregate our children for their education. If engineers and politicians send their children to private schools, then children in normal schools are even less likely to have casual exposure to a school friend who can say “My dad’s an engineer”, let alone “My mum is an MSP”.

Another force against her is the need to put herself forward. Most political nomination procedures involve the candidate putting themselves up for nomination. To speak up in a politically charged meeting is to raise your head above the parapet. To go on television is to be attacked for your appearance. We teach girls from a young age to be very concerned about their appearance, to not attract attention or make a fuss and not to put themselves forward. I remember being often told as a child to let others go first, to put my hand down, to stop arguing and not to mention my successes to anyone, lest I be thought to be ‘cocky’ or bragging.

We can’t teach girls one thing and then expect them to be grow up to be comfortable with another.

The Scottish Greens are committed to making sure more kids can say “My mum is a councillor” or “My mum is an MSP”. We have the most rigorous system for encouraging gender equality in our candidates of any of the political parties. Even with this system we have ended up with 5 men and 1 woman in Holyrood. So, we have gone back to the drawing board to look at what we can do better next time.

We are looking at ways to overcome the confidence barrier by changing how our nominations are done. We are trying to make sure that speakers at meetings are gender balanced to give more women practice in speaking up and in public speaking. We are encouraging job-sharing at all levels in the party from roles on local branch committees all the way to the top. A practice that has been shown to increase participation by women. Our system of having mixed-gender co-conveners, rather than a single ‘leader’ is an example of how we implement this. We will continue to fight for MSPs and MPs being able to job-share.

There is a problem of lack of women in politics, but also of a lack of diversity in the women that we do have. The structural challenges for a white, non-disabled, childless woman with a steady income, like myself, are one thing, but we need to do more work on the often insurmountable barriers that women of colour, disabled women, women who work unpredictable shifts or who have caring responsibilities face when participating in politics.

We cannot be a democracy if our parliaments aren’t representative. The Scottish Greens are committed to making them so. This is a daunting task that will require grit and persistence. If this is important to you, please support us by voting for our candidates, donating to the party or even joining us.