Women's representation in politics is incredibly important. Only 33.9% of Scottish MPs elected in the last Westminster General Election were women. In the run up to the 2017 General Election on June 8, we'll be hosting a series of blogs from women involved in political campaigning. Today's blog is from Kirstein Rummery, who is standing as a candidate for the Women's Equality Party in Stirling.

Notes from the front-line on standing for parliament 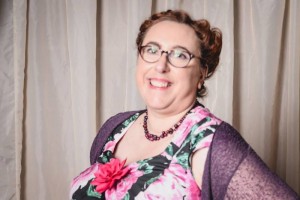 Sometimes you do mad, mad, mad things. A few weeks ago (was it really only that recently?) I heard myself say ‘I’ll apply to be selected as a candidate’ at a meeting of the Women’s Equality Party (WEP), discussing the snap general election. Well, that’s what my mouth was saying. My *brain* was saying ‘Woah there. WHAT? What did you just say? No. Unsay that now. You are a feminist academic, you don’t know the first thing about running for Parliament, and what you DO know is that it is hard, you get a lot of sexist crap. Plus you are a mental health survivor, disabled, a mum, with a full-time job. You should NOT DO THIS’.

But the *heart* said: But, I want to. But I support Women5050 and the Parliament Project and the Women’s Equality Party. But I have always, always said more women need to stand, more ‘ordinary’ women, women with experience of caring, of parenting, of working, of being mad and disabled and tired…because it’s people like me that politics is meant to serve, and it clearly doesn’t. And how can I say to other women, run, put yourself out there, run for Parliament, if *I* am not willing to do it.

The heart won, the party accepted my application, and rather terrifyingly I got back from a short holiday to an official letter from the Stirling Returning Officer saying that my nomination paper was valid and I am now a candidate for Parliament – and I had the third biggest attack of Imposter Syndrome I have ever experienced in my life. (The first was when for some unfathomable reason the hospital let me take a baby home just because I’d given birth to it, and the second was when I delivered my first lecture to a room full of 300 undergraduates and I wept when one of them said "Was that really your first one? My mate said that was your first lecture but I didn’t believe her cos you really sounded like you knew what you were talking about".)

The ‘knowing what I am talking about bit’ I can do: after over 20 years of undertaking feminist research into gender and disability, I particularly know about social care. All the governing parties have either cut funding to social care in real terms, or put measures in place that mean it has been rationed and cut in practice. Along with the huge cuts to welfare following the 2008 banking crisis, the crisis in social care means that families are at breaking point, with women bearing the brunt of the costs.

So I have decided to stand to highlight this. But that is not the only reason I am standing. 1 in 5 women in Scotland will experience sexual violence in their lifetime. I am one of the 1 in 5: I was raped as an undergraduate. Today’s students are at even greater risk than I was: rape culture and internet pornography have made university campuses far less safe than they were in my day. I am horrified at the prospect of it being even worse for my own daughter and their friends as they grow up. I was told my complaint to the police would not result in a prosecution because my attacker was known to me, he denied the rape and – possibly the worst bit – he had already ‘suffered enough’ by being interviewed.

This, unfortunately, will ring huge bells for the 1600 or so women a year in Scotland who report a rape that never gets prosecuted in court. Despite Scotland having slightly better funding for victims, the legal system is stacked against them. And it is horrific that boys and girls are growing up without getting proper sexual education about relationships and consent – we aren’t even doing what we can to prevent it, let alone ending it.

I don’t need to tell you about the gender pay gap: we pay our refuse collectors £2 per hour more than our nursery workers – why? I don’t value my bins more than my children, and neither do you: but the market and public sector employers do. None of the governing parties have made any significant impact on this, because women’s work is still undervalued.

I don’t need to tell you about the representation gap: despite the gender equal cabinet, a feminist First Minister and 2/3rd of the party leaders being women in Scotland, only 34% of MSPs and under ¼ of recently elected councillors are women.

I don’t need to tell you about the media gap, about the education gap, about the healthcare and research gap… It was all of those things that persuaded me to stand as a WEP candidate.

But what I will bet you didn’t know:

WEP was the first (and as far as we know only) party to ask the Electoral Commission how to declare the cost of a party meeting a candidate’s childcare costs. None of the other parties had ever asked this for a Westminster election.

As a disabled woman I need personal assistance to run for Parliament. WEP was, again, the first party to ask the Electoral Commission how to declare the cost of a party meeting a candidate’s personal assistance costs. None of the other parties had ever asked this for a Westminster election.

Which means the other parties have either never provided support with childcare or personal assistance during a campaign, or they have not declared it as a campaign expense, or they already knew how to declare it.

I’ll leave it up to you to decide that one.