Yesterday saw the repeat of a ritual that happens a handful of times a year. An organisation - in this case the Chartered Management Institute - produces a figure it describes as a gender pay gap. News outlets contact organisations working on gender, or women and work, to ask for short quotes that explain both the pay gap and how we're going to fix it. These quotes are then strung together into pieces that are shaky on the facts and slight on analysis. In recent years, as the tenor of public discourse has softened slightly towards women's equality, they've been complemented by editorials denouncing the glacial rate at which the gap is narrowing. A couple of columnists may even take a swing at some particularly egregious examples of workplace discrimination, before the whole subject is unceremoniously bundled into an archive folder to wait for the next pay gap news release.

So why is there such fleeting, insubstantial coverage of this most pressing of gendered concerns? Why are we not having a grand conversation about women and work?

1. The pay gap isn't what people think it is

If you read below-the-line comments or talk to people who aren't familiar with the pay gap, they tend to think it's the difference between men's and women's pay for the same job. Unfortunately, this confusion has seeped in to some of the reporting. 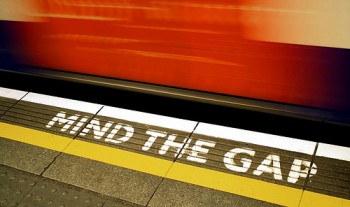 To be clear, that's not what the pay gap is. The pay gap is a single figure, calculated by averaging the hourly pay of all men surveyed in the enormous Annual Survey of Hours and Earnings (ASHE) and comparing that with the hourly pay of all women who take the same survey. This obviously picks up differences caused by unequal pay (where men and women are paid different amounts for equal work), but also captures differences in pay that arise because men and women do different work and have different skills.

Once the fieldwork for ASHE is complete, the data is analysed by the Office of National Statistics, who put out a bulletin on the pay gap. Close the Gap, Scotland's women and work experts, use ASHE data analysed by the ONS to produce an annual pay gap statistics paper that covers the situation in Scotland.

(Sidenote: What CMI produced yesterday was an analysis of salary data from a recruitment consultancy, using an unknown methodology and only referring to a small slice of management jobs. In our view, the figures should be treated with extreme caution. ASHE's methodology is here.)

The pay gap is a single, blunt indicator that tells us that women's and men's experience of work is different. It provides the most helicopter of views of gender and the labour market.

2. The pay gap's causes are complicated

There are gender pay gaps across the world, and the three universal-ish factors that underpin those gaps are occupational segregation (where men and women do different work, and work at different levels); difficulty in balancing work and care (because women do the majority of unpaid care work for disabled people, older people, and children); and discrimination within pay systems.

These factors interrelate in complicated ways that can be difficult to unpick, and are surprisingly context-specific. For example, there is a loud clamour for quality part-time work in the UK, to try and prevent the underemployment of skilled women who "need" to work part-time in order to care. Less than 6 per cent of jobs that pay over £19,500 are available part-time or with flexible working in the UK. In other parts of Europe, part-time work is all but unknown, except for students or people tapering work on the run-up to retirement age. Their state provision of childcare means that all women work full-time, and the hot demand there is for a reduction in occupational segregation. 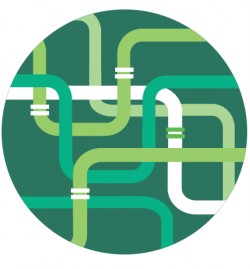 To figure out what is causing the pay gap in a particular country, workplace, or industrial or occupational sector is no mean feat. Modelling gender pay gaps is expensive and difficult, and the national pay gap bobbles around from year to year as the labour market is affected by other trends. Recently, for example, we've seen the pay gap in Scotland narrow because men's work has become lower-paid and more precarious. This relative dearth of modelling makes it harder to be succinct and certain about cause and effect, especially when we consider that women are not a homogenous group. The experiences of disabled women, black and minority ethnic women, and lesbian and bisexual women, and trans women are not all the same.

To make things worse, not only is the pay gap a blunt indicator, but it's also a lagging indicator. This means that we could invest seriously in something like challenging young children's stereotypical assumptions about the work that they will do when they grow up, but not see any change in the pay gap until they start work fifteen or twenty years later.

3. The solutions to labour market inequality are complicated

If defining and explaining the problem of women's workplace inequality is complicated, then the solutions are even more prone to evading pith. There are pervasive and compounding gendered inequalities from the cradle to the labour market. Every institution, policy, and programme that we have crafted to instill skills, enable and regulate work, and grow the economy needs a thorough going-over with the gender equality broom.

As a small example of the scale of the challenge of getting on top of the thinking on women and work, our first thoughts on how employability could best be gendered in Scotland runs to 21 pages.

Probability is approaching one that any piece written on the pay gap will refer to the forty-odd years that have passed since the Equal Pay Act came into force. (Passed into law in 1970, there was a five year grace period to enable employers to get their houses in order before it was activated. Despite the fact that equal pay was folded into the Equality Act 2010, the rhetorical flourish of the Equal Pay Act lives on.) 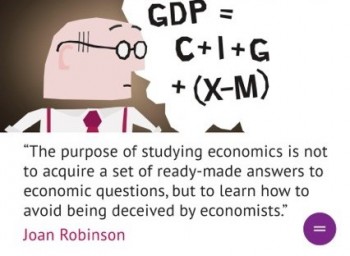 Readers who have made it all the way through this post will know that it can't possibly narrow the gender pay gap itself, because the causes of that aren't (for the most part) unlawful.

In addition to the type of equal pay law that gives an individual remedy once they've been discriminated against, there are also a set of overlapping regulations that are linked to the public sector equality duty. There's some devolution complexity to these, in that they operate differently in England, Wales, and Scotland. These place a set of requirements on public bodies to act proactively to get rid of their pay gaps, and Close the Gap has written some excellent guidance on them.

Some of the coverage of the CMI piece made reference to a new requirement to get private sector companies to publish their pay gaps. This will pick up gaps that are due to pay discrimination and occupational segregation, but the devil is truly in the detail. Some esoteric technocratic factors will determine whether they are likely to work, or likely to form a performative bulwark against more substantive action by UK Government.

4. The pay gap has been separated from coverage of work

Although newspapers no longer have industrial correspondents, news outlets still cover work and the labour market. We hear, see, and read pieces about workplaces closing, about the rise of zero hours contracts, about investment in particular sectors of the economy, about how well the Work Programme and other employability initiatives are functioning.

All of these topics are gendered, but you wouldn't necessarily know that from consuming your daily chunks of media.

If the pay gap and equal pay are having such a profound impact on women's lives then they deserve to be covered as matters of interest to half the population. The technical, recondite detail that underpins both problem and solution means that better links must be made between the organisations with the information and the people writing and producing the stories. We have some terrific journalists in Scotland writing about gender, including Dani Garavelli, Libby Brooks, and some of the new media writers. We need explainers that delve below the skin of the single-statistic story. We need those writing about work, about employability, about the ebb and flow of the labour market, to put on a gender lens and contribute to a better public conversation about women and work.