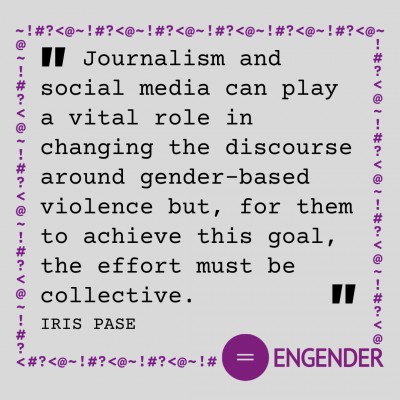 Iris Pase is an Italian freelance journalist based in Glasgow. Passionate about feminism, human rights and postcolonialism, she worked on Newsmavens’ feminist debunking and fact-checking project “Femfacts”. She's currently one of the blog editors at YWCA Scotland, where she’s created Femtorial, an Instagram project which aims at making feminist discourse accessible. You can find her work in The Independent, HUCK Magazine, and Culture Trip, among others.

According to the World Health Organisation, about 35% of women worldwide have experienced either physical and/or sexual violence in their lifetime. This means that one in every three women will experience violence at least once in her life and just on the basis of gender. As a consequence, she might have mental and physical health problems afterwards.

Violence against women is an endemic phenomenon, a violation of human rights and a major public health problem. If statistics weren’t worrying enough, we also need to remember that they’re showing just the tip of the iceberg, as a large part of abuse goes unreported. In fact, given the intimate nature of the crime and that perpetrators are often someone close to the victim - usually partners or former partners, victims are not likely to report.

And, while we can’t stop every attacker from assaulting or abusing women, we can use our words to change the narrative around gender-based violence, thus raising up better readers. Given the extent of the phenomenon, accurate reporting is essential to educate the public and make women feel safer in speaking out.

Unfortunately, we still have a long way to go. From the wording of the copy to clickbait headlines and the pictures featured in the news, we’ll have a look at how traditional media report on violence against women and how we can change the mainstream narrative around it.

Thousands of women are subjected to violence everyday. In Scotland alone, figures show that 1 in 10 women has experienced rape, while in 2018/19 Police Scotland recorded 60,641 cases of domestic abuse. This means that everyday, one or more women will be subjected to acts that might cause them trauma.

Language plays a pivotal part in processing trauma and finding stability; therefore, it’s crucial for the media to report accurately and thoughtfully on violence against women.

Unfortunately, national and international media often fall into victim-blaming still today, meaning that the victim gets blamed directly or indirectly for the abuse they received. Here’s an example:

“Husband 'killed wife on luxury cruise ship because she wouldn't stop laughing at him'.”

This headline suggests that the victim was killed for a reason, as she hurt her killer by mocking him. The choice of words and perspective takes the responsibility off the perpetrator and makes the victim accountable for their own murder, which is just not acceptable.

Victim blaming is deeply ingrained in our society and also plays into rape culture, meaning the stereotyped and false beliefs about rape that justify sexual aggression and trivialise the seriousness of sexual violence. 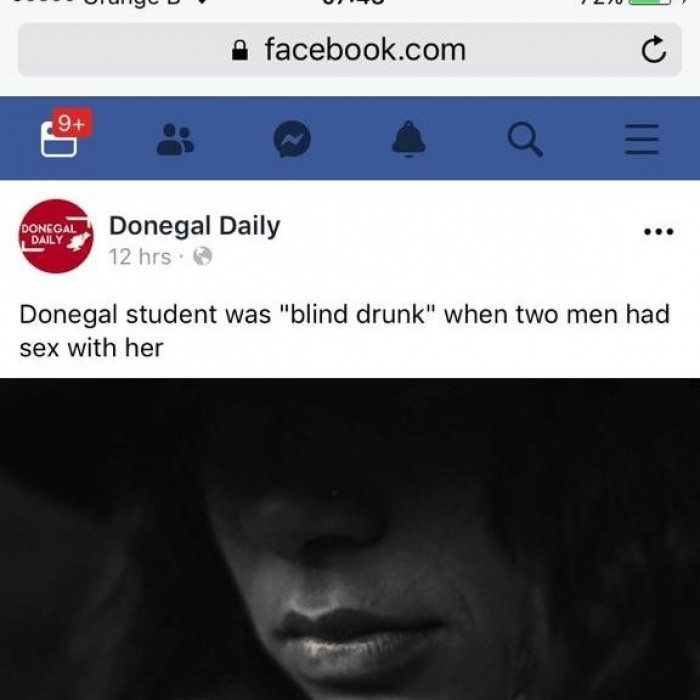 Blaming victims instead of perpetrators undermines women’s credibility and discourages victims from reporting. There is no reason for making the victim and not the rapist accountable, this is an evident example of gender inequality.

While femicides are difficult to misdefine (murder is murder), sexual violence is often a subject where media often blur otherwise distinct boundaries. Actually, the use of phrases like “sex” or “sexual relationship” to describe what it is, in fact, rape feeds into a harmful narrative.

Going back to the Donegal Daily headline, we read that “Donegal student was blind drunk when two men had sex with her”. If the student was “blind drunk”, the two guys didn’t have ”sex” with her, as she couldn’t have been able to give her consent. That was rape. Similar incidents have happened quite recently, as national media reported on Prince Andrew’s alleged involvement in Epstein’s case: 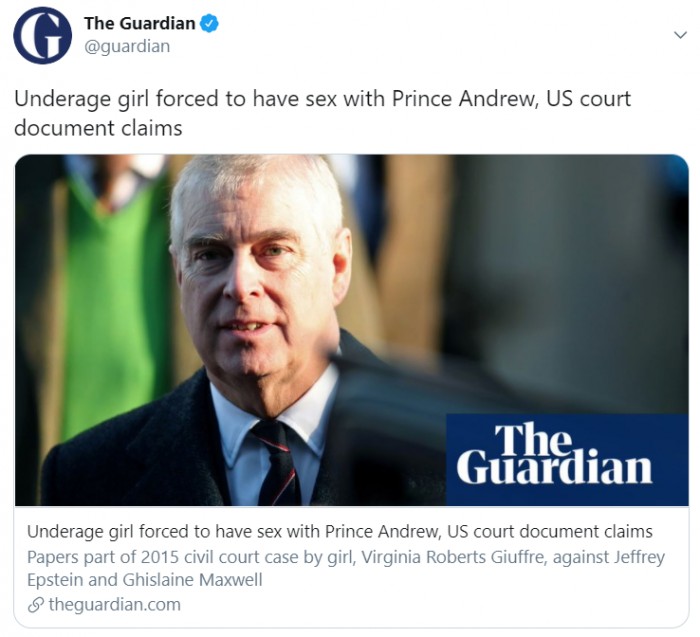 In the event of the intercourse not being confirmed, news outlets could have just written “alleged rape”. But it still should have been framed as sexual assault. The use of phrases like “sex scandal” or even just “sex” implies consent and, as a consequence, it underplays the victim’s claims or accusations.

This kind of narrative uses the same perspective, the same point of view of the perpetrator. However, if we excessively empathise with the offender, if we see only his point of view, women become figures, they’re not human beings anymore.

The same effect is achieved by the excessive empathy news reports often show towards the perpetrator. When we describe an alleged or confirmed rapist as a ‘good guy’, coming from a ‘good family’ or someone who ‘always behaved so politely’, we are minimising, once again, the seriousness of his crime. We’re saying: “He made a mistake BUT” - on one side, we generate sympathy for the perpetrator, implying there is a reason for their out-of-character behaviour, and, on the other, we are totally erasing the victim’s experience.

When we read about femicides or sexual violence, in fact, we often know a lot about the man’s feelings and his condition. For example, the media specifies his class, whether he lost his job or if he was depressed. When the attacker is not white, we know about his ethnic origin, thus depicting the problem as cultural. We hear talking about a clash of cultures, instead of acknowledging that the issue is based on gender.

Although we shouldn’t empathise excessively with the perpetrator, however, it’s also important not to demonise him by using terms like ‘monster’ or ‘beast’.

Men who rape or kill are ordinary men. By defining them as monsters, we are singling out these cases as exceptional when, instead, we should be looking at these events as part of the larger phenomenon of violence against women.

In both of these pictures, the victim becomes an accessory, the cause either of that anger which subsequently caused her death or of that sexual impulse that provoked her rapist. These narratives don’t do justice to the woman killed, they minimise or justify the event and remove accountability from the man for his actions.

Changing the mainstream narrative is an ambitious and yet crucial goal to ensure women’s safety. We can contribute to fairer reporting and discourse by calling out any mistakes or inaccurate narratives both online and in real life. Use your voice and platforms not only to spread awareness but to point out both good and bad examples of reporting. Journalism and social media can play a vital role in changing the discourse around gender-based violence but, for them to achieve this goal, the effort must be collective.