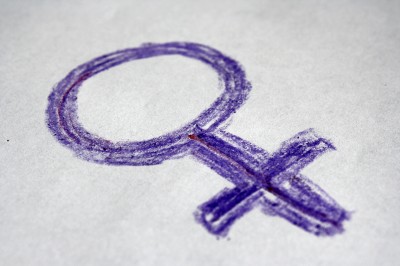 This section of the Commonweal manifesto describes how the current gendered nature of Scottish society creates a conducive context for ongoing gender violations. These are manifest in interpersonal relations, distribution of resources, institutional operations, and cultural norms. To tackle the systemic nature of gender inequality, we make recommendations for radical transformation that will truly enable “all of us first” to become a reality.

Gender arrangements can be important sources of pleasure, recognition, and identity. But when used to limit access to power, to police behaviour and sexual orientation, to assert control, or to claim entitlement over the bodies and integrity of others, gender norms do great harm. Feminists and women’s movements have contested institutionalised gender inequality and have achieved significant changes in Scottish legal, political, and social arrangements. But inequality based on gender remains stubbornly durable in all aspects of our lives.

Women in Scotland earn less than men, depend more on the shrinking pot of welfare benefits, and are more likely than men to be members of the swelling precariat. Scotland’s families, despite decades of anti-discrimination law and equalities initiatives, shape themselves according to a modified breadwinner model. In this model, families headed by a heterosexual couple contain one male full-time worker, who earns the bulk of the family income, and one female part-time worker, who does the majority of the caring, cleaning, cooking, and emotional labour that neoclassical economists designate as leisure. Although wage stagnation, along with cultural shifts in the direction of women’s workplace equality, have increased the number of women who work for a paycheck, there has been a glacially slow pace of change in reorganising labour. The rhetoric is of a revolution half-completed, with men’s daily domestic labour increasing by the barely perceptible rate of about one minute per day per year between the 1970s and the 2000s. As much as women’s economic equality may depend on men shouldering their end of the domestic burden, we still await the paradigm shift that was supposed to transform the labour market into a place hospitable to women.

Furthermore, quality part-time work remains as elusive as when it was first identified as a need, and recession and recovery have uncovered the many workplaces where flexible working is an optional extra that can be dashed from the menu of employee benefits when times are tough. The pay gap in Scotland widened last year, signifying a swathe of households in which single mothers go without food so that their children can be fed and women leave the labour market because the cost of childcare has become greater than their wage.

The vulnerabilities of precariously employed women—including migrant workers, domestic workers, and women on zero-hours contracts—to sexual harassment and other forms of sexualised violence (including prostitution) are obvious. Women experiencing violence (and the men who perpetrate it) have always understood its intimate relationship to women’s access to resources and the connection between income disparity and power. Domestic abuse is more likely to be found in households with a wider gap between male and female earnings. Women who have experienced domestic abuse, when asked which interventions would be most effective and helpful, list childcare, housing, income support, and education and skills above refuges. Economic inequality restricts choices, reduces access to justice, and makes it impossible to “just leave,” whether the space being left is an exploitative workplace or that inhabited by a controlling abuser.

Violence against women is at its heart a liberty crime, an instrument that constricts women’s spaces for action in every aspect of our private and public lives. This fencing of women’s agency, as outlined above, is supported and protected by an enabling economic, social, and political system that privileges (some) men’s voices in public discourse, men’s seats at the tables of power and policy, and men’s interests in public and private institutions. Male privilege is enshrined as meritocracy, where male is the default characteristic of “worthy.” Simple mechanisms for redress—quotas and other special measures—are labelled discriminatory. The social and political power to sanction men’s violence and to remove the boundaries around women’s spaces for action remains firmly in men’s hands.

Men’s violence against women lays bare the toxic reality of “me first.” It includes physical and sexual assault, financial and psychological abuse, fear-based domination, harmful practices, constraint, coercion, and exploitation, and it is a “me first” resource for exercising power. This violence is a consequence but also a cause of wider gender inequality. It reproduces the conditions that sustain inequality and protect male privilege. Men’s violence against women is pervasive, because it affects us all. It has devastating impacts on the thousands of women and children affected by experiences including domestic abuse, rape, female genital mutilation, or sexual abuse and exploitation. But more than that, the everyday, routine, mundane violations, the misogynist “banter,” the colonisation of our lives by pornographic images—all have become common currency, to be accepted as “just the way things are,” while constricting women’s autonomy and space for action and reducing men to crude stereotypes of masculinity. Addressing violence against women is not simply about counting up incidents or providing good services for victims and survivors but about recognising how the context of what happens influences meaning and consequences. Institutions and cultures that turn a blind eye to everyday sexism and harmful masculinities create conducive contexts for gender-based violence. Ending this violence requires us to be truly radical and offers the opportunity to release creative, transforming energy from the mire of injustice.

If women are half the people, and gender is a critical characteristic in determining women’s experience of violence, of poverty, and of acute political underrepresentation, then gender must be a core part of everything that happens in a Scotland that puts all of us first. A constitutional right to equality would be one place to start. The mainstreaming of gender, of using laws, policies, services, and budgets to distribute power and resources more equitably between women and men, must take place if we are to dismantle the conducive context for violence against women. Some solutions have already been envisaged. Gender budget analysis is a tool widely used around the world to assess the impact of spending decisions on women and men and boys and girls. Introducing a citizens’ basic income, recasting social security as lifetime investment in wellbeing, and providing universal childcare would increase women’s autonomy. Quotas to create critical mass in industrial sectors, gender mainstreaming within education and skills, and revaluation of “women’s work” in care, cleaning, catering, and administration would dismantle the horizontal gendered segregation that besets the Scottish labour market. Reconfiguring the working week, the working month, and the working year would provide increased worker flexibility and enable a fundamental rebalancing of work and life. Weaving all this explicitly into violence against women strategies and logic models, as the Scottish Government has begun to do in Equally Safe, acknowledges the theoretical and practical links between all facets of women’s inequality and men’s violence against women.

You can download a copy of this paper here.