Where does Scotland stand on women's equality? 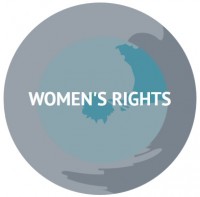 Last year Engender published an overview of Scotland’s performance and made recommendations relating to existing Scottish Government policies (see some pictures of our event at the Scottish Parliament below). With a new intake of MSPs on the horizon, this is a good time to remind ourselves how Scotland is faring against our international commitments. Here are some updates on five key areas where there has been some movement over the last year.

We recommended that the Scottish Government task their independent adviser on poverty and inequality to include focus on gender. This didn’t happen, and her subsequent report does not focus that heavily on gender issues. A number of Naomi Eisenstadt’s recommendations, however, would have a significant impact on women’s poverty, should they be implemented by the next administration. The SNP has committed to doing so in full, as well as establishing a Poverty and Inequality Commission. Should they win the election, we will be watching to see if this affects the Scottish Government’s approach to poverty reduction, which to date has been more or less gender blind.

We also recommended that the regulations and statutory guidelines for the Scottish Welfare Fund be gendered. This has not happened. The guidance remains gender-neutral, which limits the extent to which the SWF can mitigate the egregious impact of ‘welfare reform’ and austerity on women and on gender equality.

Education and training of women

We recommended that Scottish Government should require Skills Development Scotland “to develop an action plan to address gender disparities within Modern Apprenticeships” as recommended in Developing the Young Workforce – Scotland’s Youth Employment Strategy. Skills Development Scotland, in order to deliver against a requirement in Developing Young Workforce to deliver greater gender balance across its most gender-segregated frameworks, and other KPIs relating to other protected characteristics, published its Modern Apprenticeship equality action plan in December 2015. This plan was produced in consultation with equalities organisations, including Engender, and we welcome it as a significant first step on a journey towards desegregation of the programme.

Violence against women and girls

We recommended that Scottish Government should ensure that Equally Safe is implemented as a matter of priority and strategically linked with wider social and economic policy. Engender was asked to chair the primary prevention workstream of Equally Safe, which explicitly links women’s economic and political inequality with violence against women.

Women in power and decision-making

Since the Scottish Government consulted on gender quotas for public boards in 2014, Engender has called for quotas to be set at 50%. The Scotland Act 2016 devolves this power to the Scottish Parliament and the SNP has committed to legislate for 50% gender quotas on public sector boards by 2020. This is a welcome move and sets a promising precedent in terms of more equal and diverse representation – both in terms of potential future powers over legislated candidate quotas for political parties, and in terms of progress for other underrepresented groups. For instance, we now need to ensure that the detail of forthcoming legislation is inclusive of people of other genders. You can read more about the case for gender quotas in Scotland in our recent policy report Equal Power, Equal Voice and on the Women 50:50 website.

Alongside the Scottish Women’s Budget Group, we have also consistently called for the Scottish Government to improve strategic links between its annual Equality Budget Statement (EBS) and Draft Budget. Clearly, gender budget analysis has limited practical use if it does not subsequently inform policymaking and public spend allocation. Notwithstanding the progress Scotland has made with its Equality and Budget Advisory Group and the EBS, unfortunately the process for 2016-17 appeared to row back on this, with even less coherence between the two documents than in the previous year. For instance, the EBS did not refer to the large cuts to local government budgets, which will have a significant impact on services that are crucial for women’s equality. Nor was recognition that women are disproportionately affected by ‘welfare reform’ matched with targeted funding within spend on welfare reform mitigation. This has to change or else the EBS mechanism will not translate into practical change for women in Scotland.

We will be in contact with new MSPs, committees as Ministers to make sure that women’s rights are visible issues in the early days of this parliament. The next Scottish Government has a chance to up its game on women’s rights and put pressure on the rest of the UK by implementing the Beijing Platform for Action before 2021. It’s twenty one years old - surely it’s about time.