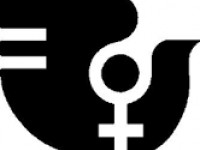 It is twenty years since the Beijing Platform for Action, a global framework for women's empowerment, was negotiated at the United Nations. Governments commmitted to a diverse agenda that includes women's poverty, political representation, violence against women, women's rights, women and the economy, the environment and the media.

Please join us at the Scottish Parliament to mark 'Beijing +20' with discussion of Scotland's progress against these international commitments. Our speakers will include Kara Brown from YWCA and Lily Greenan from Scottish Women's Aid, who will be at the summit in New York.

We will also publicly launch Engender's 'Gender Matters' project with a paper mapping Scottish Government action across the 'areas of critical concern' identified by the Beijing Platform for Action.

Many thanks indeed to Christina McKelvie MSP for sponsoring the event.

Tea, coffee and shortbread will be provided.