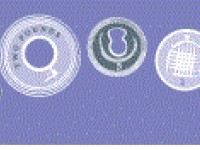 The booking deadline for this event has passed. If you would like to attend, please email info@engender.org.uk.

Never heard of gender budgeting? Long-time supporter of Scottish Women’s Budget Group? Either way, come along and bring a friend. Changes are happening that will have a significant impact on women’s income, democratic representation, and financial autonomy. This meeting will give a quick introduction and overview to feminist economics, the Scottish economy, and the structure of the Scottish Budget and gender budget analysis.

With the outcome of the referendum changing the outlook for Scotland in so many ways, SWBG and other feminist organisations need to organise and scrutinise the proposals from the Westminster parties as well as the Draft Budget and Equality Budget Statement from the Scottish Government and other proposals from Holyrood.

We have to be especially vigilant around proposals on welfare, taxation, housing and public services as well as forthcoming manifestos for the 2015 UK election and 2016 Scottish Parliament election. How women are presented and visible in policy proposals and representation of women as candidates are key challenges for the political parties.

SWBG as a prominent Scottish feminist organisation has plenty to say on these issues and needs to be ready to say it. In our statement on independence we demanded effective gender analysis and positive change across institutional structures and political processes, additional powers, and decisions across all areas of public policy present key opportunities to build-in gender equality from the outset.

These priorities haven’t changed with the outcome of the referendum but some of the context and timescale has.

Please let us know if you are able to come along. Please encourage friends and colleagues not already involved in SWBG to come too.

Contact Angela.OHagan@gcu.ac.uk or jill.wood@engender.org.uk with any queries. We look forward to seeing you soon.

The booking deadline for this event has passed. If you would like to attend, please email info@engender.org.uk.