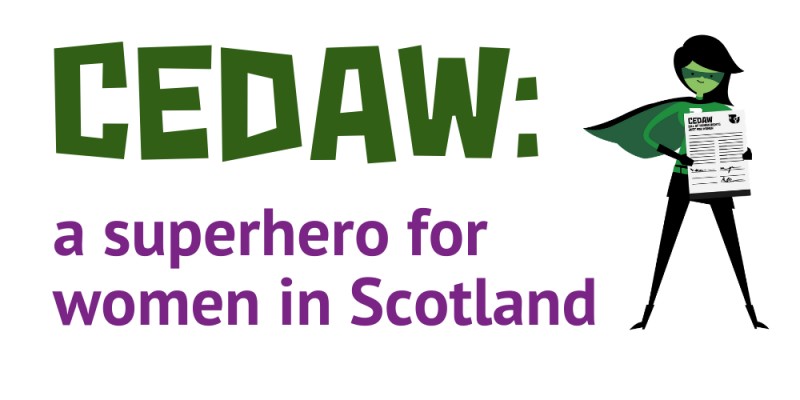 Often referred to as the ‘women’s bill of rights’, the Convention on the Elimination of all forms of Discrimination Against Women (CEDAW) is the UN’s human rights treaty devoted to women; it spells out in detail women’s human right to equality and non-discrimination, which states that have ratified it must then act to realise. CEDAW contains 30 articles, which include minimum standards for women’s rights in work, politics, marriage, education, the economy, and other areas.

The UK ratified CEDAW in 1986, which means it is bound observe and protect the rights in the convention under international law. CEDAW is not currently incorporated into either domestic English or Scots law, which means women cannot take a case to the UK or Scottish courts on the basis of a breach of their rights under CEDAW.[1] 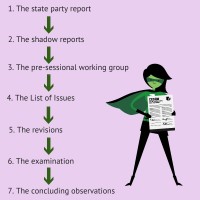 CEDAW in the UK

The implementation of CEDAW in the UK and around the world is monitored by the UN’s CEDAW Committee, a body of 23 independent experts who are responsible for holding the UK to account on its legal obligations towards protecting and realising women’s human rights. The Committee does so by examining the UK and devolved government representatives and then making recommendations for steps that governments must take to address gender inequality at all levels including family, community, business and state.

The UK's eighth examination began in 2017 and concluded in 2019. You can find out more about the process here.

What did CEDAW say about Scotland?

The CEDAW Committee’s concluding observations broadly relate to the whole of the UK, although the Committee also took pains to specifically highlight issues relating to Northern Ireland, which was without a devolved administration at the time of the examination. Several things within the Concluding Observations were relevant for Scotland, though, and you can see an annotated version of the Concluding Observations which highlight things which relate to Scotland here.

The CEDAW Concluding Observations recommended “that the State party continue to engage with the media to eliminate stereotypical imaging and the objectification of women in the media, and take further measures to eliminate negative gender stereotypes and to promote positive and diverse gender portrayals, including in schools and through public campaigns.” In June 2019, in their response to the first report of the First Minister’s National Advisory Group on Women and Girls, the Scottish Government committed to resourcing a ‘women in media body’, explicitly citing the recommendation in the Concluding Observations.

Equal pay is a key element of Article 11 of CEDAW, and the Concluding Observations welcomed the partial progress on encouraging large firms to publish their pay gaps through pay transparency measures introduced by UK Government. They also, however, highlighted their concerns that “women belonging to marginalized groups continue to face obstacles in gaining access to employment and are concentrated in low-paying job sectors”. In March 2019, on International Women’s Day, the Scottish Government launched Scotland’s first pay gap action plan ‘A Fairer Scotland For Women’, which is bold and well gendered. Signatories to Scotland’s Business Pledge are also required to go further than UK pay transparency measures in setting out, explaining, and acting to tackle their gender pay gaps.

Austerity was a key theme in both the Scottish and UK-wide shadow reports, and the CEDAW Committee recommended that the UK undertake a comprehensive assessment on the impact of austerity measures on the rights of women and adopt measures to mitigate and remedy the negative consequences without delay. While the UK Government has made no moves towards this, the conversation around social security in Scotland has a different tone, and the new social security agency has committed to intersectional data-collection that would enable this kind of analysis. It has also agreed to use its powers for administrative flexibility on social security to make individual payments of Universal Credit to members in a household, rather than a regressive ‘household payment’.

As well as being an explicit recommendation in the CEDAW Concluding Observations, the incorporation of CEDAW into Scots law has been a key ask of Engender for some decades. Engender published a our Holyrood Manifesto making a specific call for incorporation in 2016, and this was also a recommendation of the First Minister’s National Advisory Council on Women and Girls in 2018. The First Minister’s Advisory Group on Human Rights Leadership made a recommendation that a range of instruments, including CEDAW, be incorporated in 2018. The Scottish Government has made progress on this recommendation, announcing in June 2019 the creation of a National Taskforce for Human Rights Leadership to oversee work for human rights legislation covering all areas of devolved responsibility. The Programme for Government 2019-20 included incorporation of the UN Convention on the Rights of the Child, and the Scottish Government has committed to incorporation of rights belonging to women.

CEDAW sets out women’s rights to equality and non-discrimination. While this report has set out that Scotland is taking steps to recognize many of the rights included in CEDAW, while it exists only as an international treaty to which the Scottish Government is not directly accountable to, there is no legal obligation for them to act.

Successive UK governments have failed to act despite repeated recommendations for CEDAW’s full incorporation into UK law by the CEDAW Committee. The incorporation of the rights enshrined in CEDAW into Scots Law would show both political commitment to women’s equality, and empower women to use the Scottish Courts to uphold their rights. Engender has produced a paper exploring incorporation of CEDAW here.

The Scottish Government has announced its intention to incorporate CEDAW into Scots Law as part of planned legislation, alongside a number of recommendations from the National Taskforce for Human Rights Leadership. The rights set out in CEDAW – including education, employment, health, public and political life – are under significant threat as a result of Brexit and over a decade of austerity, and incorporation will mean that women can claim our rights in our local court. Critically, public bodies – including Scottish Government - will need to make women’s substantive equality a reality.

CEDAW: a superhero for women in Scotland Often referred to as the ‘women’s bill of rights’, the Convention on the Elimination of all forms of Violence Against Women (CEDAW) is the UN’s human rights treaty devoted to women; it spells out in detail women’s human right to equality and non-discrimination, which states that have ratified it must then act to realise.

CEDAW: How can women's rights be better realised in Scotland? The Convention on the Elimination of All Forms of Violence Against Women (CEDAW) is a UN Convention which was signed by the United Kingdom in 1981, and ratified in 1986.

Convention on the Elimination of all forms of Discrimination Against Women Concluding Observations 2013 The concluding observations (recommendations) of the CEDAW Committee, following its examination of the UK in 2013.

Eighth periodic report of the government of the United Kingdom on measures taken to give effect to CEDAW - Scotland report In 2018 Engender has worked to produce a shadow report on CEDAW, to highlight key issues for women's rights in Scotland.

Engender Response to the European Commission: Public consultation on Gender equality in the EU – current situation and priorities for future This is an Engender response to the European Commission's public consultation to gather opinions of different actors of the current situation of gender equality in the EU and priorities for the next five years.

Engender Shadow ICESCR Report Engender's shadow report to the 6th periodic report of the UK Government to the UN's Committee on Economic, Social and Cultural Rights.

Gender Edit of Scotland's Programme For Government 2020-2021 This gender edit of The Scottish Government’s Programme for Government compiles all references to women, gender and issues with implications for gender equality which appear in the document.